A small tax on the great fortunes of more than $50 million can bring in nearly $4 trillion to rebuild America’s middle class. Add your name if you agree: It's time for the rich to pay their fair share.

For decades, the wealthy and the well-connected have put American government to work for their own narrow interests. As a result, a small group of families has taken a massive amount of the wealth American workers have produced, while America’s middle class has been hollowed out.

The result is an extreme concentration of wealth not seen in any other leading economy. The 400 richest Americans currently own more wealth than all Black households and a quarter of Latino households combined. According to an analysis from economists Emmanuel Saez and Gabriel Zucman from the University of California-Berkeley, the richest top 0.1% has seen its share of American wealth nearly triple from 7% to 20% between the late 1970s and 2016, while the bottom 90% has seen its share of wealth decline from 35% to 25% in that same period. Put another way, the richest 130,000 families in America now hold nearly as much wealth as the bottom 117 million families combined. 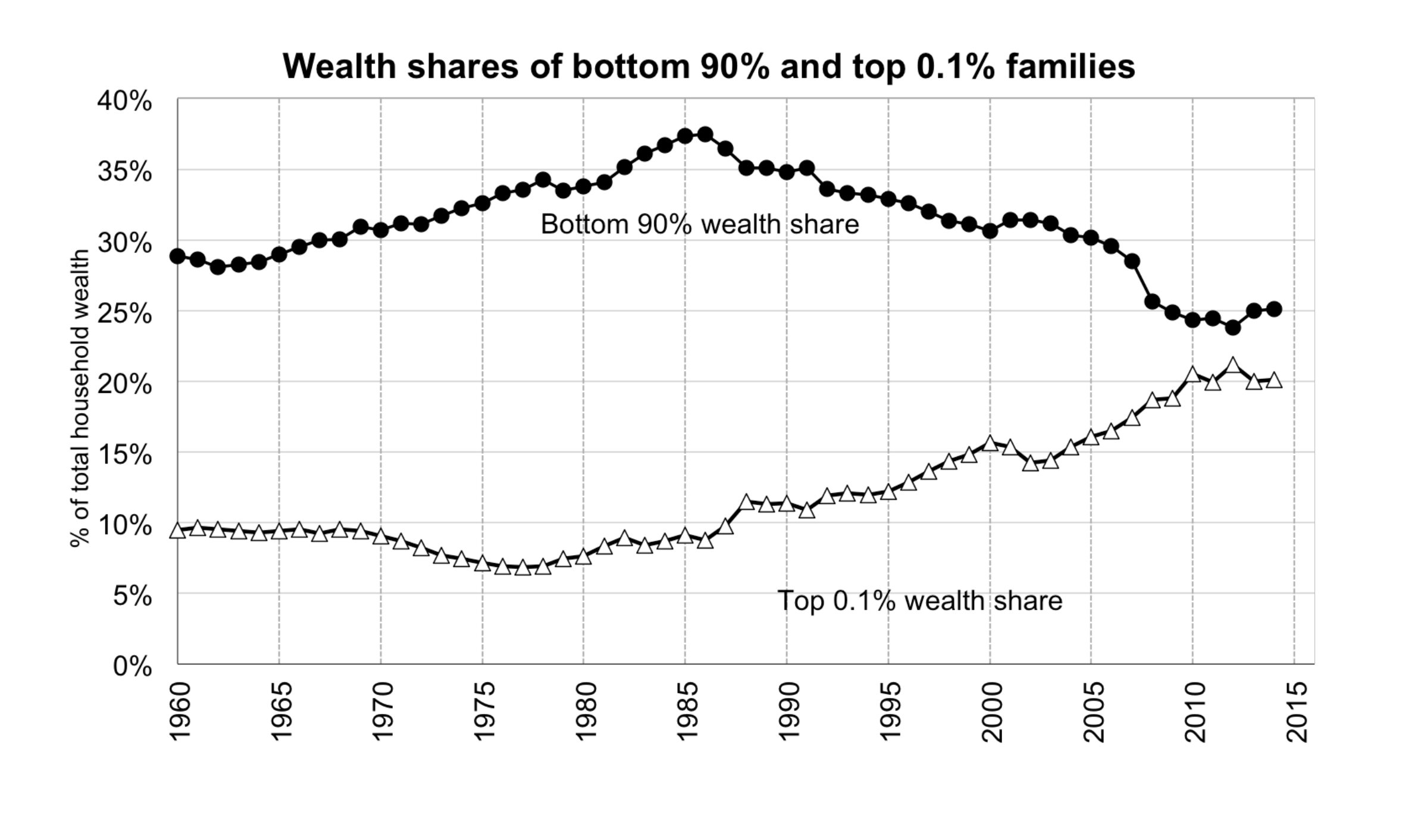 Our tax code focuses on taxing income, but a family’s wealth is also an important measure of how much it has benefitted from the economy and its ability to pay taxes. And judged against wealth, our tax system asks the rich to pay a lot less than everyone else. According to Saez and Zucman, the families in the top 0.1% are projected to owe 3.2% of their wealth in federal, state, and local taxes this year, while the bottom 99% are projected to owe 7.2%.

While we must make income taxes more progressive, that alone won’t straighten out our slanted tax code or our lopsided economy. Consider two people: an heir with $500 million in yachts, jewelry, and fine art, and a teacher with no savings in the bank. If both the heir and the teacher bring home $50,000 in labor income next year, they would pay the same amount in federal taxes, despite their vastly different circumstances. Increasing income taxes won’t address this problem.

Married couple with household net worth of $100,000—the median level in the United States

Hedge fund manager with a net worth of $500 million

Heir with a net worth of $20 billion